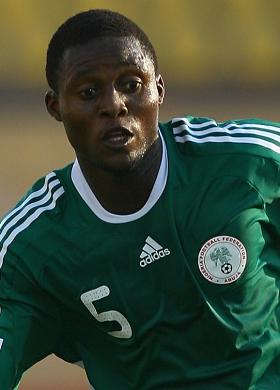 There is uncertainty surrounding the availability of CD Atletico Baleares player Raheem Lawal for the Brazil 2014 World Cup qualifying match against Namibia on Sunday, June 3.

Lawal had been stuck in the Peruvian capital, Lima for about a week due to bureaucratic problems. Atletico Baleares had to send the player's documentation to the South American country before he was allowed to leave.

The 22-year-old midfielder arrived Spain on Wednesday on an Air Berlin flight by 18:45 pm local time.

Atletico Baleares have a crucial play-off game against Lugo on Saturday.  It is almost concluded that Lawal won't be allowed to leave Spain for Nigeria, as Baleares see the match on Saturday as very important to their promotion chase.

''The Nigerian Football Federation put it to the attention of FIFA, through a press release, informed us (Atletico Baleares) that if the player (Raheem Lawal) was not with the National Team, both the club and the player would be punished,'' Atletico Baleares said in a Press Release.