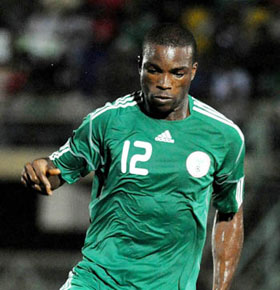 Samsunspor have severed ties with the one time Warri Wolves striker Ekigho Ehiosun, the club officially disclosed on Thursday, May 31st, the same date the Super Eagle ran out of contract.

Ehiosun is attracting interest from within Turkey. Bursaspor have approached Ehiosun whose nine goals in 23 starts could not save Samsunspor from relegation.

The 23-year-old says he is accustomed to life in Turkey and would love to wear the shirt of Bursaspor.

Bursaspor , Turkish Cup finalists last season, had qualified to play in the Europa League. But UEFA ruled during the week that the club won't be able to participate in the competition due to financial irregularities.