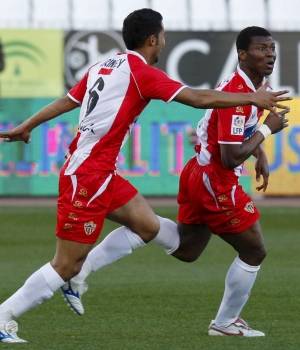 South African 2010 World Cup star Kalu Uche is not only attracting interest from Mexican club UANL Tigres. The Super Eagle's next destination could be Turkey, as he is being linked with concrete moves to two clubs in the Super Lig.

Kalu Uche is one of the goals of Galatasaray in the summer transfer market reports Star Gazetesi. The Espanyol player, who is being sought for his versatility in midfield and attack, is available at a bargain fee of four million euros.

If there are no hiccups, Uche, Espanyol's top scorer last season with 6 goals in the championship, is expected to trouser two million euros in annual wages.

Galatasaray face competition from rivals Bursaspor for Uche's signature. But the proposed bid for the Nigeria international in economic and sporting terms from the Lions looks more enticing and difficult to ignore.

Since making his debut in 2003, Kalu Uche has bagged 5 goals in 34 appearances for Nigeria's National Team.