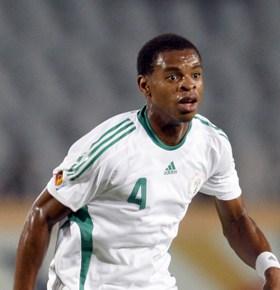 With a statement via the official website, Serie B club Padova have announced the arrival of Olympic National Team skipper Obiora Nwankwo, 20-year-old midfielder who spent the second half on last season at Gubbio.

Nwankwo recently signed a fresh two-year deal with Inter Milan which keeps him at the Italian giants until June30, 2015.

Instead of being integrated into the squad, the Nerrazurri have farmed out the youngster on loan to Padova to continue his development in Italian football.

Clubs in Italy, Germany and France had courted the central midfielder in the summer transfer market.

While on loan last season at Gubbio, Nwankwo played 18 games and scored twice in the 21-match campaign.