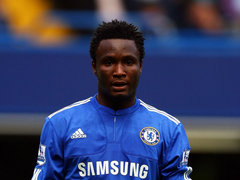 The Nigeria international is proud to begin the new season as a European champion.

"I was very delighted with how the game went for me personally but overall it was a collective team performance and everyone helped me to play well," he told chelseafc.com.

"The whole team worked very hard, we knew we had almost touched it the last time we were in the final and this time we were so determined not to let it go. The performance was just amazing from everyone in the team, even the guys on the bench. The support that they gave to the players just kept lifting you up as you played extra time. It was something we all did well as a team to achieve.

"People still talk about that night everywhere we go but for us now we have done it and we want to build on it.