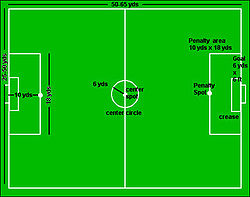 Despite Nigeria’s dramatic withdrawal from the second leg of the FUTSAL World Cup qualifiers against Egypt last month, the love for 5-A-Side football is getting stronger across the country and has now touched the serene community of Ita-Oluwo on the outskirts of Ikorodu, Lagos State.

This is sequel to a massive impact created in the area by a competition tagged Ita-Oluwo Champions League, organized by SkillfulJim Youth Organisation at Powerline Field in the town that sits right on the border between Lagos and Ogun States.

Spokesman of the organizing committee, former defunct Julius Berger FC of Lagos attacking midfielder, Innocent Imafidon (Skillful) disclosed that the competition, which began June 3 with 12 teams in the race, with the final now fixed for this Sunday, July 29, has been a rallying point for recreation, leisure and unity for indigenes, natives, youth and elders in the community.

To this end, the royal father of Ita-Oluwo, Chief Moshood Ekundayo is expected to be among special guests at Sunday’s final, and a member of the ruling family, Abideen Alebiosu admitted that the novel development of 5-A-Side football in the area has brought joy and happiness to the town.

He stated: “The organizers have done a good job and we are all happy. We are enjoying the matches and we look forward to more of it. This is a very peaceful community, which is why there is no fighting of any kind during the matches; and we expect the final to be fantastic.”

A similar view was expressed by a leading figure among youth in the area, an ex-player who once plied his trade in Benin Republic, Wale Rufai, who declared: “This is the best of catch them young that I have ever seen. I praise the brain behind the competition, the man we call Skillful.

“He has been able to do something that is removing the youth from social vices and our younger ones are now further encouraged to take playing football more seriously.”

Speaking with an air of enthusiasm, the spokesman, Innocent Imafidon expressed hope that this Sunday’s final will be explosive, especially as it will feature one of the leading goal-scorers in the contest, Gbenga Bello, who has scored five so far for Chelsea.

Bello scored two in last Saturday’s 3-1 semi final victory over AC Milan, whose only goal came off the boot of joint-top scorer, Victor Anderson, whose chances of contesting for the top prize will now depend of his performance in the third-place match that will precede the grand finale.

“Gbenga Bello scored two goals for Chelsea in the semi-final, while Emmanuel Akpan scored the other, but Victor Anderson of AC Milan and Tobi William of Real Madrid are the only players that scored hat-tricks in the competition so far,” Imafidon disclosed.

He concluded by revealing that some top foreign-based football stars holidaying at their country homes in the area, like Charlibe Okolie, Benjamin Onwuachi and Akeem Omolade will be invited to grace the final alongside community elders, businessmen and other leading personalities of the community.