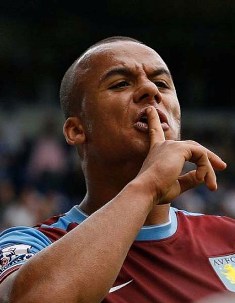 ''Looking at it over the summer I’m just laughing to myself thinking ‘where do they get these links from’?

''I’m an Aston Villa player, it’s my home club, I love the club and as long as I’m contracted to the club then I’ll continue to play for them until I get told otherwise. Sunderland’s very far away anyway,'' Agbonlahor was quoted as saying by birminghammail.net.

Gabby Agbonlahor, who is under contract until June 2015, is Villa's longest serving player.