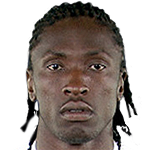 Through a statement via the official website, Blackburn Rovers have announced the signing of the Nigeria international midfielder Dickson Etuhu from Fulham for a transfer fee of  1.5 million pounds.

Etuhu has put pen to paper on a four -  year contract which keeps him at the Lancashire outfit until the end of the 2015 - 2016  campaign.

Steve Kean, the Rovers gaffer is delighted with the capture of Dickson Etuhu, who becomes his seventh reinforcement in the summer transfer market.

Kean told the official website : ''Dickson is a player I have admired for a long time and he will be a fantastic addition to the squad.

''He is a powerhouse in midfield, who has played at the highest level with Fulham and we feel confident he will complement our other midfield options."