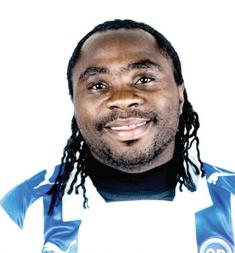 Peter Utaka was very prolific for OB Odense in the Danish Superliga and the Nigerian striker has continued to find the back of the net with ease in China.

The Dalian Aerbin  forward has just written into the history books a new scoring sequence in the Chinese Super League.

In the latest games played in the Asian country, Utaka opened scoring as Dalian Aerbin defeated Henan Jianye by 2-1, and it was the eighth game in a row that Peter Utaka came on the score-sheet.

In total, Peter Utaka scored 13 goals in 21 matches since he left OB in the winter transfer market.