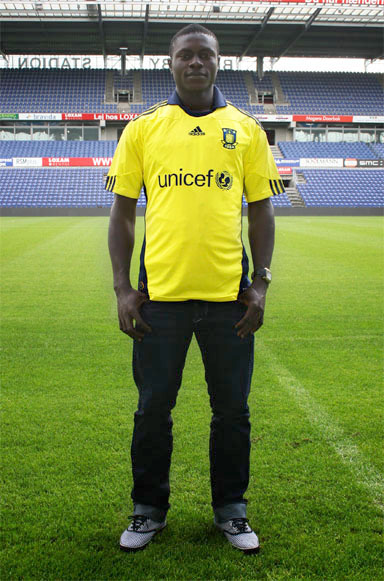 Brøndby's record in the first five games of the new Danish season has been dismal, winning one game and losing four.

''I actually think that we are doing well, but currently we are unlucky not to get more points. On Sunday, we dominated most of the match, but unfortunately SønderjyskE got the winner anyway.

''All players work hard, and there are still good faith that we are going to reverse it, '' Akpoveta, who was on target in the Reserve League on Monday, was quoted as saying by bold.dk.

After a lengthy spell on the sidelines due to injury, Brondby gaffer Aurelijus Skarbalius has kept faith with Oke Akpoveta, giving him match time in each of the five games played by the Copenhagen based club.