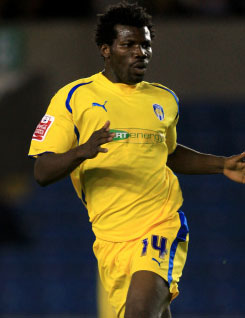 According to sportinmalta.com, Nigerian striker Akanni Sunday Wasiu is back in Malta and has started training with his former club Floriana with a view of signing a permanent contract.

The 28 - year - old was a hit with The Greens back in 2009 after he was brought to Malta by Irish Roddy Collins and found the back of the net 7 times till January. He went on to play for Changsha Ginde and Shenyang Dongjin in China.

Akanni Sunday Wasiu played for Colchester United and Luton Town during a short spell in England, in the 2008 - 2009 season.