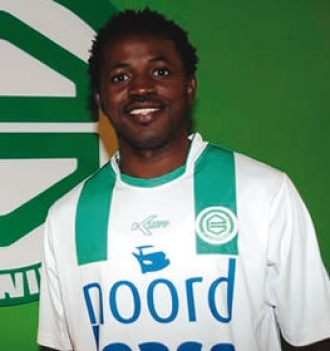 Dutch club FC Groningen were without Oluwafemi Ajilore for the visit of Willem II. The Super Eagle is down with a hamstring injury was ignored for selection by coach Robert Maaskant.

Ajilore picked up the injury in the first round of games played against Twente on August 12. He had to be substituted after 37 minutes in the 1 - 4 loss to Twente.

''I tried to win the ball from Nacer Chadli . I had stretched my leg and suffered from a hamstring. With every move I had a lot of pain and decided to stop, because I think it is not wise to continue playing. We see how bad it is, "Ajilore told the official website of Groningen.

The former FC Ebedei talent is in the final year of his contract with The Pride of the North.