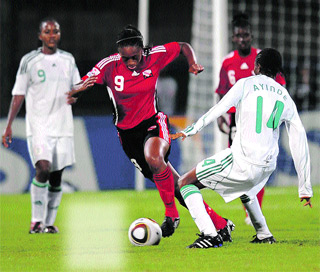 A late equaliser from Brazil has rescued a point for the South Americans at the FIFA U-20 Women’s World Cup, with Giovanna Oliveira’s header denying Nigeria early passage to the knockout stage.

A superbly hit drive from Francisca Ordega a minute from half-time appeared enough for Nigeria to claim all three points in a hard-fought and at-times physical encounter in Saitama.

However, Oliveira secured another important point for Brazil with a glancing header three minutes from the end, after an injury-time equaliser earned A Selecao a draw in their opener against Italy.

Nigeria will have a second opportunity to qualify for the last eight when they meet Italy, while Brazil face a must-win encounter with Korea Republic.