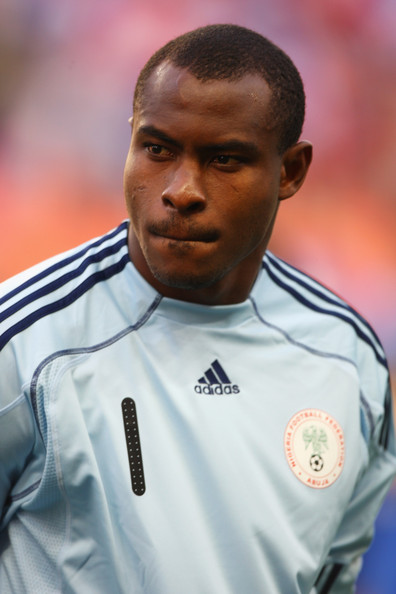 Nigeria fringe goalkeeper Austin Ejide was close to an exit from Israel after his club of three years Hapoel Petah Tikva were relegated from the Premier League.

The 28 - year-old former Gabros player had attracted interest from teams outside Israel in the summer transfer market, but he was convinced to continue his career with Hapoel Be'er Sheva, whose coach Elisha Levy has big ambitions of qualifying for Europe at the end of this season next May.

While Ejide was considering a departure from Israel, his rival in the National Team Vincent Enyeama had been linked with a return to the country. And early in August, Enyeama completed his switch to capital club Maccabi Tel Aviv, arriving on loan from Lille until the end of the 2012 - 2013 season.

''It's very difficult to explain this phenomenon. I think there's the chance. Enyeama is an excellent goalkeeper, I think Maccabi Tel Aviv made a good deal. They knew what they were doing when they signed him. I do not know what his reasoning to go back if it was a mistake, I can not make decisions for him, but he is a good goalkeeper and I'm sure he will succeed there,'' Ejide told walla.co.il.

Guaranteed of a first team place by Elisha Levy, the situation is different when Austin Ejide is on National Team duties with the Super Eagles. By coincidence,  three of Nigeria's shot stoppers - Vincent Enyeama, Dele Aiyenugba and Austin Ejide - are all based in Israel. Ejide has spoken of the healthy rivalry he has with the other goalkeepers in the Nigeria set - up.

''We play together. I do not know what will and try to think how I win with hard work. Have a purpose, to reach the highest level. I want to be great and I'm working on my body. I am the senior goalkeeper? No, no, no. You'll never hear me say that.You will not hear me say the. fact that I am in Hapoel Beer Sheva today can give me leverage in the team,'' adds Ejide.

Finally, Austin Ejide says he has dreams of playing for clubs in Spain, Germany and England before the end of his career.