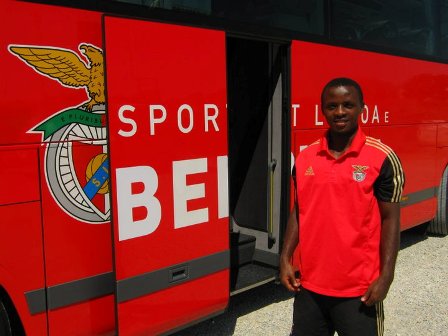 Swedish club ängelholms FF have announced on their official website that the 18 - year - old Nigerian midfielder Monday Samuel Ayinoko is now a player of the club.

He joins as a free agent and comes from Portuguese club Benfica, where he belonged to the academy.

Ayinoko came to Benfica on the recommendations of Jose Mourinho who discovered Samuel in a youth match between Samuel's former club Kwara Football Academy and Royal Antwerp.

Monday Samuel, who previously tested with Mjallby AIF , has been assigned jersey numbers 4.