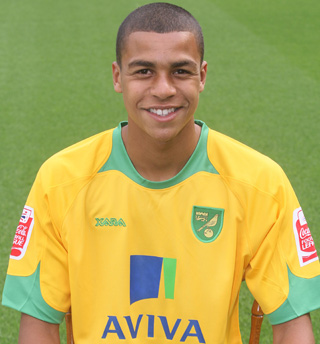 The official website of League one outfit Brentford has announced the signing of Anglo - Nigerian midfielder Tom Adeyemi on a six - month loan deal.

Adeyemi, who is owned by Norwich City, in his first official interview after his unveiling says he is ready to make his debut for The Bees.

''I feel really good about the move. My injury has completely gone and I managed to get a game under my belt for the Norwich Development Squad so I’m fully fit and raring to go,'' Adeyemi, who spent last season on loan at Oldham Athletic, told brentfordfc.co.uk.

Adds Adeyemi: ''On a personal level I want to get as many games as I can and do as well as I can. But more importantly I want the team to do well and hopefully to clinch promotion at the end of the season.''

Brentford are away to Walsall on Saturday in the fourth round of games in England's third - tier. There is a possibility that Adeyemi will make his debut for his new team.