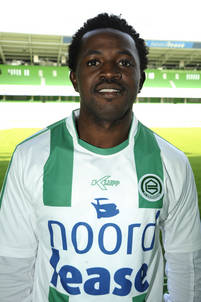 As reported by bold.dk citing Voetbal International, Dutch club Groningen are looking for a buyer for Femi Ajilore in the winter transfer market.

Ajilore's transfer fee of 25 million Danish kroner (equivalent of 3.35 million euros) remains the most expensive purchase made by Groningen in the club's history.

27 - year -old Ajilore is no longer a first teamer at The Pride of The North, and to reduce the wage bill the club wants to sell him in January to the highest bidder.

''In January he is in the last six months of his contract and it is only logical that we try to find a solution for him, '' says Groningen technical director Henk Veldmate to Voetbal International without giving further details.