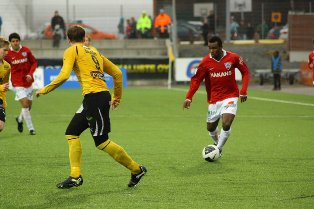 His agent Mr. Wilson Ogbah revealed this to allnigeriasoccer.com, saying that his player is almost ready to bounce back in full force. According to him, "Osinachi has been through a lot during his injury spell because he is a lad that likes to be on the pitch always instead of at home or in the gym regaining fitness. But God is on his side and he has mad tremendous recovery and is rearing to go."

"For any young player it is not easy to be on the sidelines while your mates are playing but such is life. In fact you have to be grateful to God that it is not a career threatening injury. Osinachi is a fine lad, well disciplined and determined to carve a niche for himself in this game and so he is working extra heard to bounce back when the season open early next year" concluded the amiable young agent who played football himself before quiting to concentrate on studies.