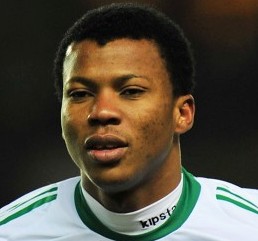 Uche opened scoring after only 11 minutes and  killed the game early in the second half , reacting quickest to a rebound from Marcos Senna's shot.

''After three matches without a win, this was an important victory. I am satisfied with the work we have done - the whole team, '' Ikechukwu Uche said on his official Twitter account after the game.

The 28 - year - old striker has now scored three goals in nine appearances for The Yellow Submarine in the league.