...the complete Nigerian football portal
Subscribe
JOHN IBEH Could Be Back Next Week
Published: October 30, 2012 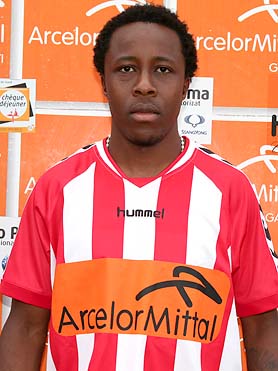 The availability of John Ibeh, midfielder of Romanian club Pandurii Târgu Jiu , for the week 14 game on November 5 against Turnu Severin is questionable.

Ibeh has played only one match in the league this month due to a groin complaint. And in his absence, the gap between log leaders Steaua Bucharest and Pandurii Târgu Jiu is now six points.

''I traveled to Bucharest last Monday to have treatment and returned to Târgu Jiu last weekend. I am feeling much better now, started running . There's a possibility I would get some match time in our next game in the league,'' Ibeh told allnigeriasoccer.com in a telephone conversation on Tuesday.