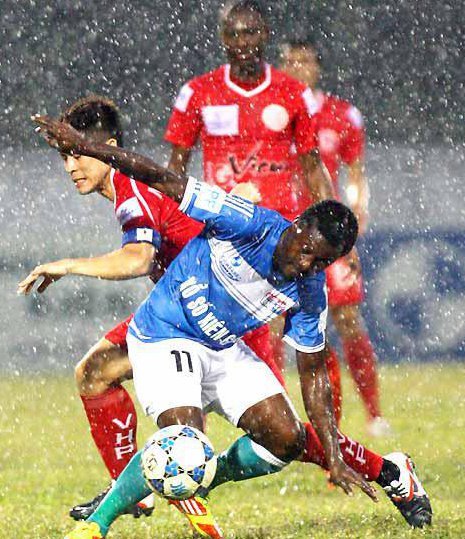 Free agent Friday Ibeji is awaiting the decision of the Vietnam Federation on the number of foreign players clubs are permitted to sign this coming season. And it is after an announcement is made he would sort out his club future.

''I am training with a team here in Vietnam for now but no contract offer. The Vietnam Federation are holding a meeting on how many foreigners that clubs will register this season. That is why most teams are not active on the transfer market.

''I don't want to disclose the name of the team I am training with until everything is clear,'' says Ibeji to allnigeriasoccer.com.

Ibeji's expired contract was not renewed by Kiên Long Bank Kiên Giang . The midfielder was on parade nine times in the Vietnam championship last season.