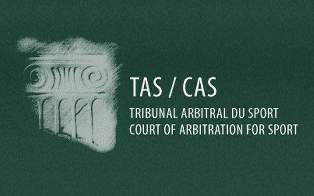 John Owoeri has reportedly completed his switch from CAF Champions League semi-finalists Sunshine Stars to Warri Wolves. However, he has unfinished business with his past Egyptian club Ismaily.

According to Ismaily Online , the Court of Arbitration for Sport (CAS) in Lausanne, Switzerland has written Ismaily to respond to a complaint that Owoeri is being owed $50,000 (equivalent of =N= 7.5 million ) in unpaid entitlements. The club must respond to that query on or before November 15.

It would be recalled that Owoeri unilaterally terminated his contract with Ismaily citing the club's empty treasury and the security situation in Egypt.

He would later travel to the United States to test with a plethora of clubs in the MLS - Columbus Crew, Montreal Impact, Kansas City and Chivas USA - but talks collapsed after he failed to produce his International Transfer Certificate.

In Fifa's earlier ruling last March, authority was given to Owoeri to terminate his contract and leave the club as a free agent.