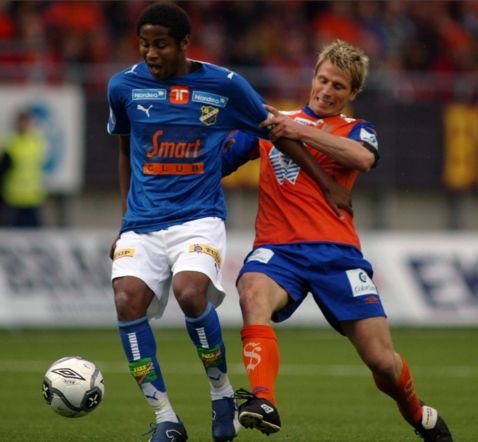 Nigeria international Paul Obiefule has insisted that he did not undergo trials with Danish Super Liga club Viborg. Last week, the central midfielder appeared in a reserve team fixture against AGF.

''I only trained with Viborg because I am on holiday and my family is here. My agent is the one handling my search for a new club, '' says Obiefule to allnigeriasoccer.com.

Obiefule is now a free agent after he chose not to extend his one - season contract with Finnish club KuPS when it expired in October. He has hinted that he could be returning to The Canaries if things don't go according to plan.

He added: ''They want me to play for them next season, but I want to consider other options. Besides the Finnish League starts in March next year, so I still have time if I want to play for KuPS again.

''It was a very good experience playing in Finland. I made a lot of good friends there and I am in contact with them. People I met at KuPS were nice to me, the fans were great. Of course, I will miss Finland but that is life, we keep moving.''

The former Lyn Oslo ace had signed a pre - contract with Chinese club Tianjin Teda FC last January, but the club failed to honor the preliminary agreement due to a change in coaching staff.