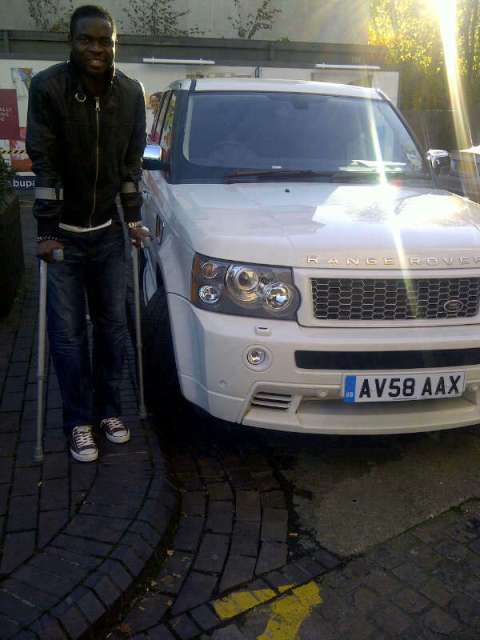 Super Eagles defender Sam Sodje was discharged from hospital on Wednesday after successfully undergoing a corrective knee surgery in London on Tuesday.

Sammy, who is currently unattached after last playing for English League One side Notts County, took the decision to undergo the surgery to correct a troublesome knee he has had for sometime in order to bounce back into reckoning with any of his numerous club suitors.

Immediately after being discharged, he got in touch with allnigeriasoccer.com to reveal that it was a successful operation, and stated that he was eager to get back to the field of play like any other professional.

"Glory be to the almighty God, I was successfully operated upon on Tuesday and have been discharged today," he said elatedly.

" The operation went smoothly and very soon I will start physiotherapy and hope to be back to full fitness by January next year.

''Then I will listen to the numerous offers before me and chose the best one to suit my career aspirations. I still believe I can play at the highest level of club football which is the Premier League, and also with the Super Eagles.

''With this motivation, it wont be so bad missing action for a few months," he concluded.