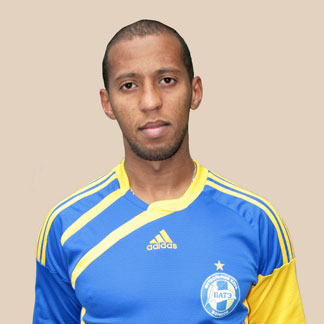 28 - year - old Alumona, who plays with a Russian passport but has Nigerian descent, in the 31st round of games against Dynamo Minsk made an obscene gesture to the rival supporters.

Alumona's gesture was not punished by referee Sergey Tsinkevich, but in reaching its decision, video evidence has been used by the ABBF.

''For a disciplinary violation, responsibility for which is provided for by Part 1 of Article 40 of "abusive behavior" and in accordance with Articles 15, 20, 61 of the Disciplinary Code ABFF DC applied to Alexander Alumona disciplinary sanction in the form of suspensions for three matches and the Cup Championship of Belarus,'' the Belarus Football Federation stated on its official website.