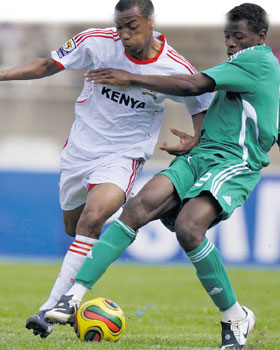 According to speculations in the Ukrainian Media, Yussuf Ayila's close to 10 - year romance with Dynamo Kiev is nearing a divorce.

Dynamomania.com says Dynamo Kiev will part company with at least four players in the winter transfer market. It has been revealed that two Nigerian players - Ayila and Lukman Haruna - could be shown the exit door by the capital club.

This is what famous Ukrainian journalist Artyom Frankov said: ''Yussuf has outlasted Dynamo Kiev. He is not for nothing called "grandfather Yussuf." The club has kept a foreigner for so long.''

28 - year - old Ayila has managed only two appearances in the UPL this season.