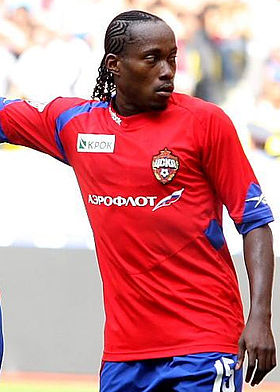 Nigeria international Chidi Odiah has strongly defended his former teammate, that he is not a racist.

Odiah told championat.com: ''I saw this picture and I can say one thing - the story was inflated! But this is nonsense! Sergei Ignashevich is not a racist. I spent a long time at CSKA and I can say that I know Sergei as a man and the captain, who with everyone, including with the foreigners had a respectful relationship. Yes, as in any group, we made fun of each other. often - well, sometimes - not all, but in general the theme of different skin color does not ever pop up.''

Chidi Odiah, who is now a free agent, spent eight seasons with the capital club.