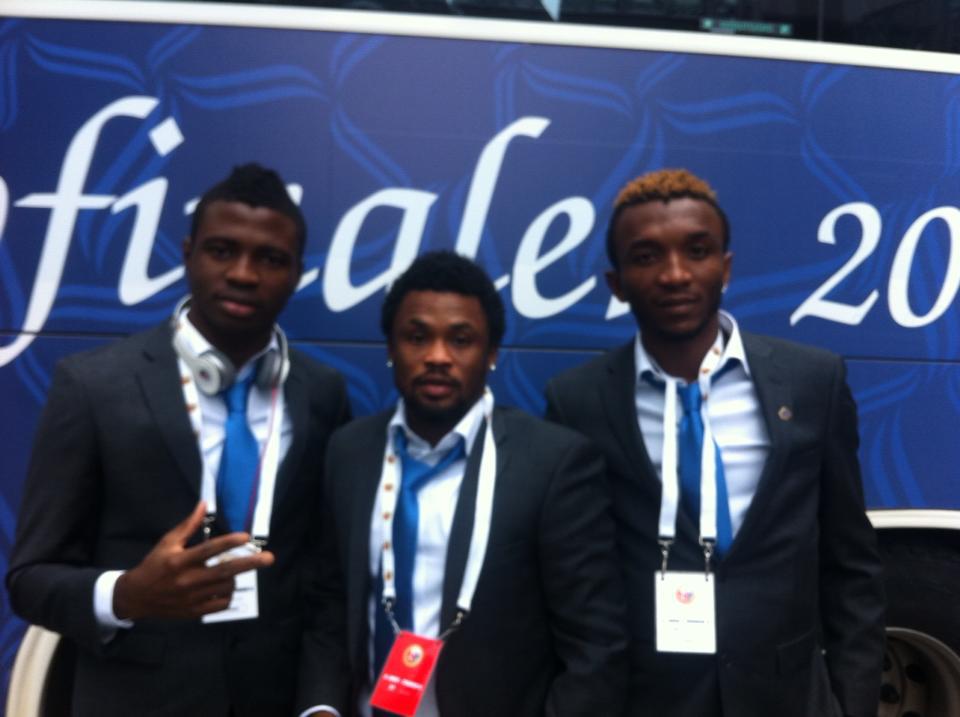 Former Nigeria youth international Akeem Latifu, who played for the Flying Eagles at Canada 2007 Fifa Under 20 World Cup, has commented on IL Hødd's dramatic shoot - out victory (5 - 3) over Tromso in the Norwegian Cup final on Sunday.

Kjell Rune Sellin had given Hodd the lead in the 62nd minute. Senegalese defender, Saliou Ciss with only three minutes of normal time remaining, restored parity for Tromso to send the game into extra - time, which failed to produce a winner.

Latifu told vgtv.no: ''I feel so happy now, I can just start saying everything. I am just waiting to see my family so I can show them how happy I am. I have been thinking about this cup final. Two years ago, I was in the in the cup final team for Strømsgodset against Follo, but did not play, I was watching. I saw everything that happened in 2010, and today I told myself I want to be part of the victory.''

The right wing - back played through the pain barrier against Tromso after he was harshly tackled by Norwegian midfielder Thomas Kind Bendiksen.

''He hit me from behind. I was shocked, did not believe because the ball had gone out of play. I have to take it as one of those things in the game. I felt the pain, later, I urged myself to continue,'' Latifu said.