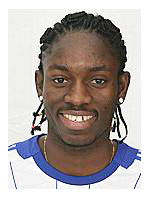 Unknown Nigerian striker Joseph Jojo Agonuppe is currently undergoing trials with Malta champions Valletta ahead of a potential move in the January transfer window, according to Times of Malta.

So far, Jojo has impressed coach Mark Miller and is set to be offered a deal by Valletta. The English gaffer is desperately looking for offensive reinforcements to bolster his squad.

Dynamo Kiev winger Frank Temile is expected in Malta in the coming days to discuss a contract with the Valletta eggheads, the newspaper also reported.

Frank Temile, 2008 Malta Player of the Year, has failed to flourish since arriving Ukraine, making only one appearance for the capital side in the championship.