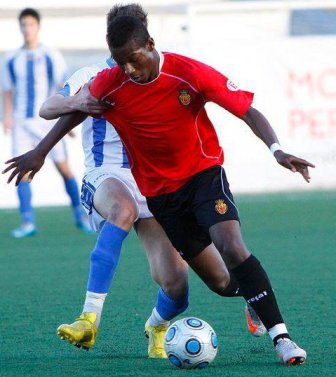 Nigeria youth international Cedric Omoigui says he is looking forward to training with the first team of Mallorca . The 18 - year - old has impressed for the U18 squad in the reserve league, netting 11 goals in 13 matches.

''The first team coach of Mallorca has watched the reserve side play so many times. And he loves the team because we play good football.

''Two of my teammates have been given the opportunity to train with the main squad. Hopefully, I will get my chance after Christmas, but I must continue working hard,'' Omoigui told allnigeriasoccer.com:

Omogui signed a six - year contract with Mallorca in 2009. He has scored 2 goals in 3 games for the Under 20 Team of La Ensaimada Mecánica, and one of the goals, against Binnisalem, was picked as the Goal of the Week.