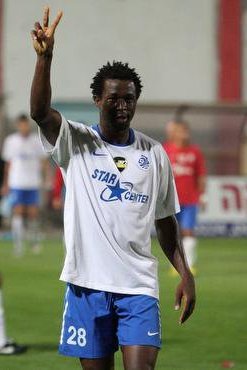 Efe Ambrose's Celtic sailed through to the last-16 round of UEFA Champions League after defeating Emmanuel Emenike's Spartak Moscow 2-1 at Celtic Park on Wednesday night.

Ambrose, Chinedu Obasi and Chuba Akpom are the only Nigerian players that made it to the knockout stage of the Champions League.

Dynamo Kyiv, who have on their payroll Nigeria International Brown Ideye, Haruna Lukman,Taye Taiwo and Yussuf Ayila , failed to progress to the knockout stage of Europe's premier club competition, but made it to the Europa cup.

John Utaka's Montpellier and Uwa Echiejile's Sporting Braga were last in their group respectively and have been knocked out of Europe.