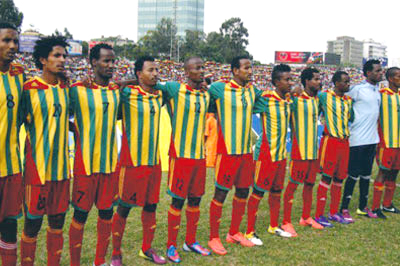 Ethiopia coach Seyum Kabedde is upbeat that the Antelopes can make a positive mark in the Africa Cup of Nations and he has set a goal of at least reaching the quarterfinals of the 16-nation tournament.

''We look like the underdogs in our group because all these teams are very experienced unlike us who have been out of the tournament for decades. Our team is mostly made up of locally based players and we only have one pro who plays in Egypt. Take Zambia and Nigeria for example; almost 80 per cent of their players play in European leagues, ''Kabedde was quoted as saying by thecitizen.co.tz

''We aim in the least to qualify to the second round or quarter finals. I am confident that we can make it because our team has a lot of self-belief. This is a golden chance to prove our worth on the African continent,” coach Kabedde adds.

Ethiopia used the Cecafa  Senior Challenge Cup as a preparation ground for the African Nations Cup as they are pooled in a tough group that has defending champions Zambia, Burkina Faso and Nigeria.