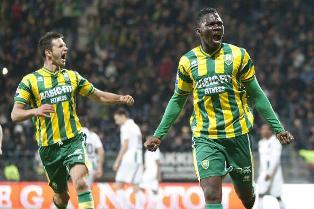 Allnigeriasoccer.com can confirm that Kenneth Omeruo will join the Super Eagles camp in Faro, Portugal on December 29.

The teenager has been included by coach Stephen Keshi in his preliminary roster for the African Cup of Nations, billed to be staged in South Africa from January 19 to February 10.

It is the second time Omeruo has been invited to the National Team. He was listed for the exhibition game against Venezuela in Miami last month, but the invitation from the Nigeria Federation arrived late. As a result, the embassy could not process a visa to the United States.

''Kenneth is very excited with this opportunity and he will join the Eagles camp on December 29,'' a source told MTNFootball.com.

19 - year  - old Omeruo, widely regarded as Nigeria's best talent, is primarily a center-back, but can play as a right back.