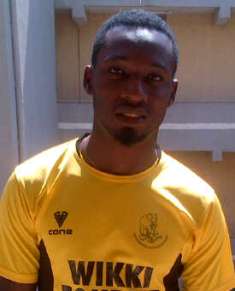 Midfielder Fredrick Ogangan, hailed as the 'New Nosa Igiebor' has reached an agreement-in-principle to join Nigeria Premier League side Wikki Tourists on a one - year - contract.

The highly rated teenager had been on the wanted list of teams in Australia and the domestic championship. Now,  the former C.D. Atlético Malacitana ace has ended all speculations about his future destination by pitching tent with the Yakubu Maidajin led side.

''I was impressed with Wikki Tourists. The club is well organized and that is why I decided to join them despite interest from other clubs. The team spirit is very high. Our target this coming season is to win silverware to enable us qualify to play in Africa,'' a delighted Ogangan informed allnigeriasoccer.com.

The players of Wikki Tourists have taken a short break and will resume pre-season training on December 27th.