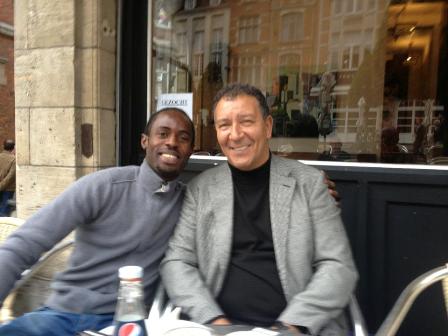 After 22 matches in the Belgian championship, Nigerian attacker Derick Ogbu managed to score only 5 goals for OH Leuven, including the strike against Zulte-Waregem on Boxing Day, December 26th.

Ogbu is not pleased with his goals ratio and has targeted more goals when the league resumes in the third week of January.

''I am totally not satisfied with the goals but I think I'm satisfied with my performance and contribution to the team so far. The luck hasn't been with me in this first round, but am grateful to God that I ended this year with a beautiful goal, so it's important for me to put everything behind in 2012,'' says Ogbu to allnigeriasoccer.com.

The former Enugu Rangers youth - teamer went further: ''Hopefully the second round would be a different story, I just need to remain focused and work harder, believing God for a great second round.''

22 - year - old Derick Ogbu has contractual obligations with OH Leuven until the summer of 2014. But he can leave the Flanders Province if an interested suitor tables an offer too good to refuse.