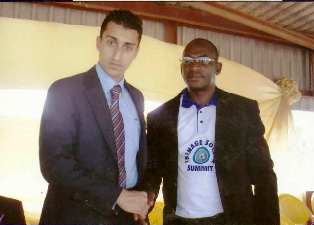 Ibadan Football Referees Society has held its annual general meeting over the weekend at Olubadan stadium Ibadan where they solicited support of the sporting press on the three point action plan they raised for the New Year.

The busiest referees in the Nigeria Referees Association (NRA) owing to the matches of Ibadan Football Association’s League which have more than 100 teams participating that is being handled on daily basis by Ibadan Referees had a hitch-free AGM with good attendance by members.

Ibadan referees in a statement signed by its Chairman, Wale Akinsanya expressed determination to take soccer officiating to greater heights by striving to perfectly interpret the law of the game at all times without bias.

IFRS has also reiterated its intention in tackling soccer referees retiring at their prime which was part of factors militating against Nigerian referees officiating at the FIFA tournaments by injecting younger ones into the football refereeing by visiting secondary schools and introducing the hobby to them.

“Although we have many young referees that have bright future in the game but we would still be visiting schools to recruit more. A referee recruited at this age stands better chance to be in FIFA’s radar for a long time”

The referees also solicited for cooperation of media in fighting non referees officiating in mushroom soccer tournaments. They explained that some dissidents often wear replicas of referees’ uniforms to officiate matches and giving referees a bad image as the public often mistakes them for official football referees.