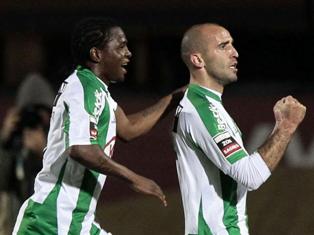 Peter Suswam will have to look for a new club after he was declared surplus to requirement by Primeira Liga side Vitória Setúbal.

Since the start of the season, 21 - year - old Suswam has not dressed for Vitória Setúbal. Portuguese media led by A Bola has hinted that the club will send him on loan in January or have his contract terminated amicably.

Suswam has told this portal that he has offers from teams in France and Turkey.