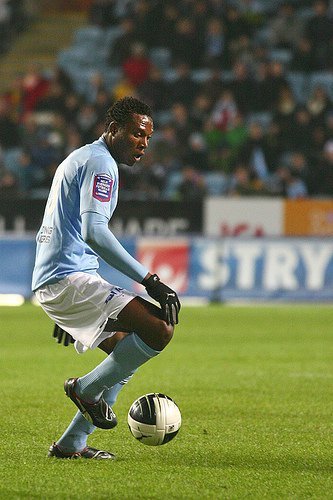 Former Malmo forward Edward Ofere is said to be attracting interest from Allsvenskan side Osters IF. Following his release by Lecce, the 26 - year - old has been searching for a new team.

In a telephone conversation with allnigeriasoccer.com, Edward Ofere has denied that a move to Osters IF is imminent.

''I have had no contact with Osters, so there is no way I will sign for them. My future will be sorted out in January,'' Ofere said in a brief statement to this portal.

According to leaks gathered by our Editorial Staff, England could be Ofere's next destination. He is in possession of a Swedish Passport and will escape the strict work permit rules in the United Kingdom.