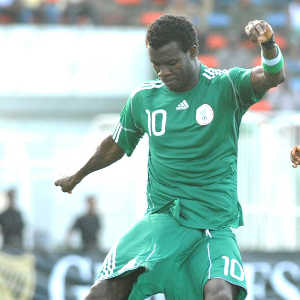 The midfielder had been expected to link up with the Eagles at their training camp in Faro, Portugal but failed to show up. Instead, he joined the Eagles camp in Barcelona on Tuesday morning.

''Igiebor is out of the game after his club said he will not play. So as it is, we will make do with the other players with us,'' Eagles spokesman Ben Alaiya told the radio station.

Immediately after the clash against Catalonia, Igiebor wil return to Seville. Real Betis are away to Real Zaragoza on Friday and the former Lillestrom ace has been given permission by coach Stephen Keshi to play the game at the Estadio de la Romareda.