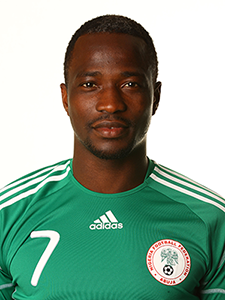 Qatari club Al-Khor SC are understood to be lining up a move for Montpellier striker John Utaka, according to reports in France.

László Bölöni has coached Utaka before, in the 2005- 2006 season at Rennes. There could be a reunion for master and pupil if Al- Khor meet the two million euros valuation of the Super Eagle.

John Utaka is under contract with Montpellier until June 2013. If the club want to recoup some of the investment on the player, they have no choice but to sell him this winter.

He has scored 3 goals in 14 matches this season, and played 2 Champions League games against Schalke and Olympiakos Piraeus.