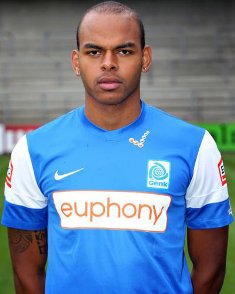 Beerschot are in advanced talks with Mallorca and Standard Liege to loan the Belgian attacker of Nigeria descent Marvin Ogunjimi, according to Het Nieuwsblad.

Last summer, Ogunjimi joined Standard Liege on a season-long loan due to his lack of first team opportunities in Spain. Despite the transition, he was never guaranteed match time by coach Mircea Rednic. Hence, the need to look for a new team.

He is expected to undergo a medical on Friday at  Beerschot and if he passes the tests would be officially confirmed a player of the club in the coming hours.

Marvin Ogunjimi will link up with the Belgium youth - teamer Funso Ojo at Beerschot, who are placed 14th in the championship.