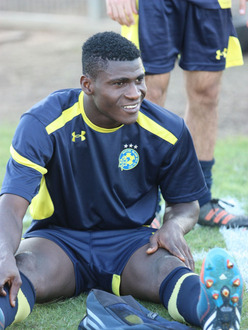 Kehinde arrived the capital club last November to undergo trials. After weeks of tests, he impressed the sporting director of The Yellows, Jordi Cruyff, who personally supervised one of the training sessions in which the Nigerian youngster featured.

Maccabi Tel Aviv will acquire Kehinde outright from his Nigerian club Dominion Hotspur at the end of the current season. He is represented by Israeli agent  Moshe Har Adir, who also manages Harmony Ikande.

Meanwhile, current champions Hapoel Ironi Kiryat Shmona are expecting the arrival of a Nigerian striker for tests in the coming days.