...the complete Nigerian football portal
Subscribe
Okoronkwo: I Look To The Future With Optimism
Published: January 13, 2013 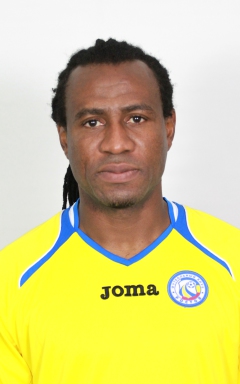 Former Nigeria international Isaac Okoronkwo has commented on his travel routes during the winter break to the official website of Rostov.

''I visited three countries: England, Nigeria and Spain. My brother and sister live in England. During the long break in the championship, I always visit them. I also went to Nigeria to see my mother. She has aged, so to move to Europe does not want. Then to Barcelona, â€‹â€‹where I stayed for a week,'' said Okoronkwo who represented the Nigeria Under 23s  at the 2004 Sydney Olympic Games.

Rostov are placed 11th on the log after 19 rounds of matches in the Premier League. The experienced defender is looking forward to the resumption of the league with optimism.

He told the official website: ''We have to work hard in training camp to be well prepared for the resumption of the championship. I look to the future with optimism. The team is now more confident than in the first round. We must look forward and try to catch up with rivals, who are still in the league table above us.''