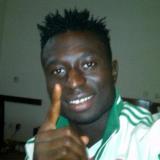 After one week of tests, Norwegian Tippeligaen club SK Brann are yet to take any decision on the Nigerian trialist Anthony Okpotu. The Super Eagles invitee was involved in Sunday's pre-season friendly against Vard Haugesund.

Agent Atta Aneke, who has brought so many promising Nigerian youngsters to Norway, is hopeful his client Okpotu will be offered a contract by Brann as he has all the qualities to succeed in the Scandinavian country.

''It is too early to say if Okpotu is going to get a contract. He has spent only one week here, three trainings and one game. It is up to the Brann coach (Rune Skarsfjord, ed) to assess if he's finally offered a contract. But in my opinion, he has great speed, strong on the ball and very hardworking. And also he has a good mentality and a nice personality, willing to learn,'' Aneke told allnigeriasoccer.com.

18 - year - old Okpotu, touted as one of Nigeria's brightest talents, is also being tracked by teams in Germany and Austria.