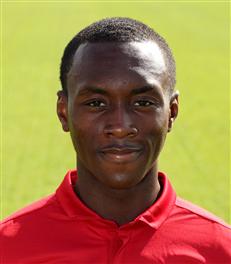 Leyton Orient have announced the signing of Anglo - Nigerian striker Adebayo Azeez. The Charlton Athletic youngster will play on loan for the League One side until February 16.

Though eligible to represent Nigeria, Adebayo Azeez has caps for the England Under 19 squad and was in action against Iceland last November.

He will play with the number 26 jersey while on loan at Leyton Orient.