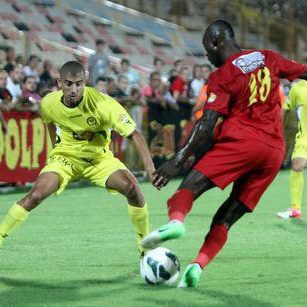 MS Ashdod full back Juwon Oshaniwa hopes of taking his trade to Scotland powerhouse Glasgow Celtic are on the brink of collapse, Dudu Dahan, the Israeli agent of the Nigeria international has exclusively informed allnigeriasoccer.

It is public knowledge that Celtic have expressed interest in Oshaniwa but are keen to see him in action before making a final decision on his acquisition. However, his lack of match time for the Nigeria selection could possibly stop the deal from materializing.

''There is really nothing new on Oshaniwa. Celtic scouts came to watch him in Faro, Portugal and South Africa. Unfortunately, he is not playing. If he does not play the next game (against Zambia on Friday), they will call off the deal.

''They are insisting on watching Oshaniwa in action because he does not have all the games to get a work permit,'' Dudu Dahan, who also represents Efe Ambrose, told allnigeriasoccer.com in a telephone conversation.

Elderson Echiejile of Sporting Braga is ahead of Oshaniwa in coach Stephen Keshi's pecking order of left-backs. Thus, the former Sharks ace may not get match time against defending champions Zambia on Friday.