Rasheed Alabi Declares Himself Fit To Play For Omonia 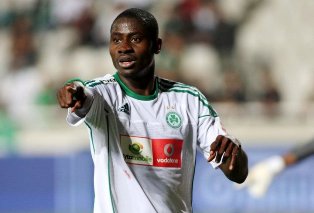 AC Omonia central defender Rasheed Alabi has declared himself fit for Saturday's 19th round match against Anorthosis after suffering a knock last weekend against APOEL.

''I got slightly injured in the last derby game against AEL in which I scored. It was a contact on my knee from the opposing player. But I am getting better now, working real hard at training.  If the coach considers me, I would play against Anorthosis,'' Alabi told allnigeriasoccer.com.

Alabi, whose contract with AC Omonia expires in June, 2013, has played 15 games this season, scoring two goals in his last four matches in the championship.

AC Omonia are 16 points behind their next opponents Anorthosis , who top the standings with 48 points.