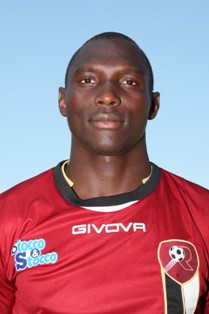 According to Tuttomercatoweb, Chievo Verona are exploring the possibility of signing Nigerian defender Daniel Adejo, who was recently voted the best right back in the Serie B at the end of the first stanza .

Chievo's first choice is the Genoa defender Francesco Acerbi. But Adejo would be considered if they fail to land their primary target.

In the last one month, the 23 - year - old Reggina player has been linked with Sporting Braga, Parma, Catania, Genoa and Bologna.

Under contract until June, 2014, transfer market experts value him at around 2 million euros.