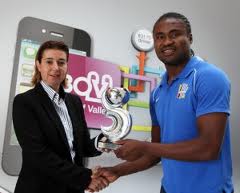 However, Obiefule is unlikely to make his debut for the FA Trophy winners on Friday when they face Floriana in the 21st round of matches in the Maltese top flight.

Obiefule, who has scored 11 goals this season while defending the colors of Mosta, is currently sidelined due to a shoulder injury.

The 25 - year - old striker had attracted interest from Hapoel Be'er Sheva in the winter market but nothing came out of it.

Meanwhile, Qormi attacker Abubakar Bello Osagie will play on  loan at Valletta for the remainder of the season.The ex River Plate Argentina player has netted eight times this season.