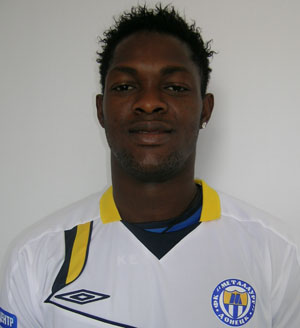 About three months ago, Nigeria international Dele Adeleye unilaterally terminated his contract with Ukrainian Premier League club Tavriya. Since then,  the defender has been searching for a club with limited success.

24 - year-old Adeleye has been in Russia for the past two weeks undergoing trials with Kuban Krasnodar, according to reports in Russia.

It is understandable that Kuban want Adeleye to prove his fitness before he is offered a contract. He has not played an official game of football since July 21st, 2012.

Championat.com with reference to Ria Sport quoted Leonid Kuchuk, the head coach of Kuban Krasnodar,  as saying: ''Before you sign a contract, the player must be prepared for the championship, should do some work. You can sign a contract, and the player will not be ready functionally and then what? Now it is premature to talk about it.''